Since the 1960s, the automotive industry has been hard at work trying to find new and more efficient options for braking systems. They began with drum brakes, which were a vast improvement over the existing system. As a result, drum brakes were found in virtually every vehicle until the late 1970s, when manufacturers began to release cars with the new, enhanced stopping power of the disc brake.

The issue came when manufacturers realized that while disc brakes were far more effective than their drum counterparts, they were also more expensive to install. In addition, manufacturers understood that much of the stopping power in a motorized vehicle came from the front two brakes. As a result, they began to equip cars and trucks with disc brakes in the front and drum brakes in the rear.

While this braking system seems to be enough for your average, day-to-day driving, drum brakes are far less effective than disc in general, but especially so in wet conditions, with heavy loads, and on steep inclines. The following are just a few reasons why disc brakes are more effective than drums, and why it’s time for you to ditch the drum brakes and invest in one of our quality disc brake conversion kits. 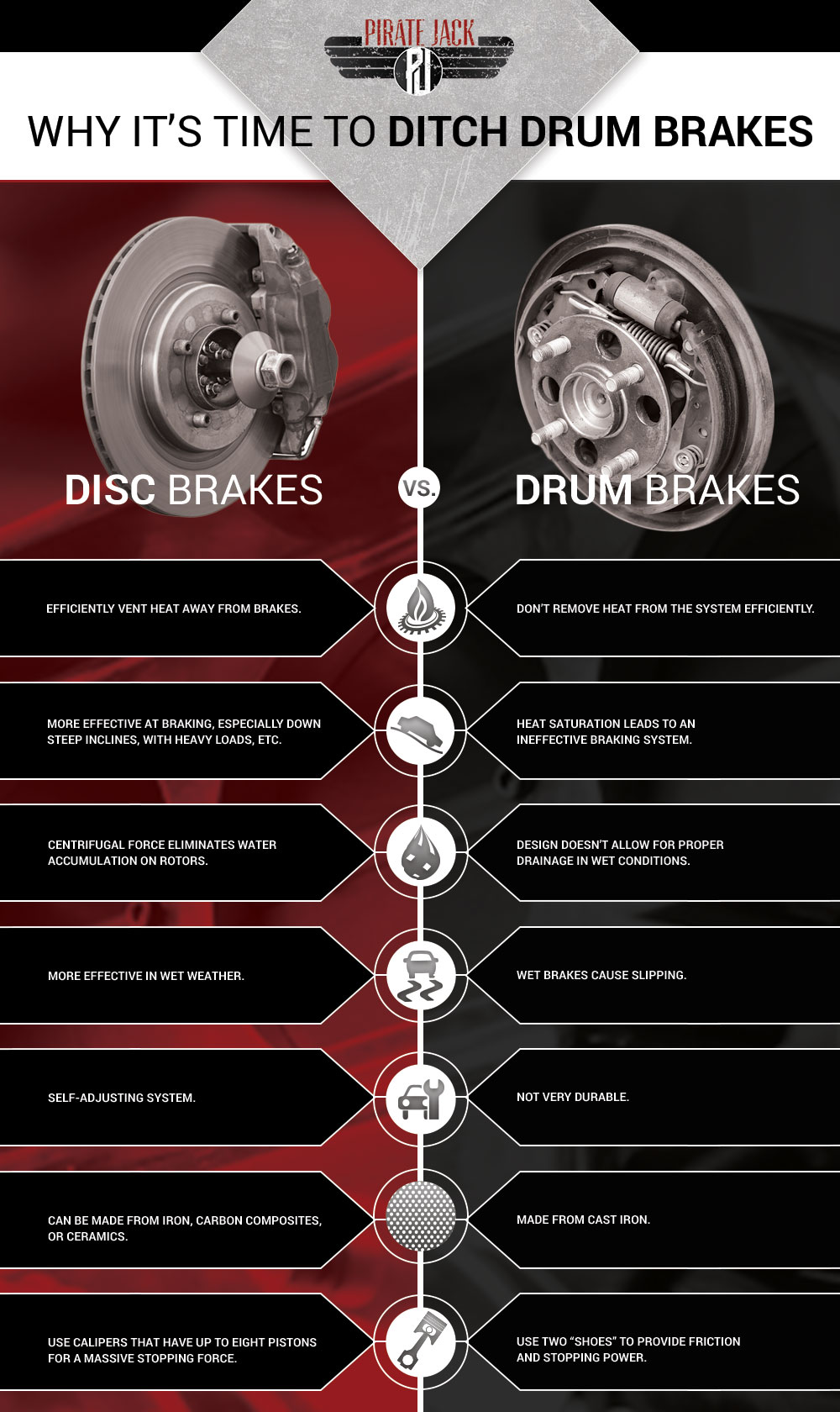